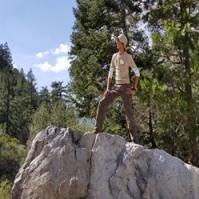 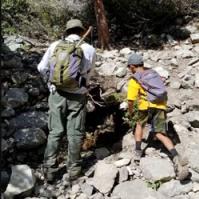 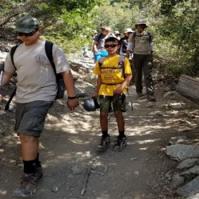 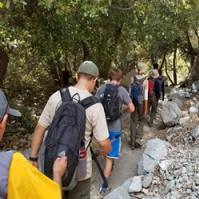 Boy Scout Troop 185 is part of the Boy Scouts of America San Gabriel Valley Council - Lucky Baldwin District. We are located in the foothills of the San Gabriel mountains. We service the cities of the San Gabriel Valley, which include: briel Valley is in Los Angeles County. The incorporated cities and unincorporated neighborhoods of the San Gabriel Valley include: Alhambra, Arcadia, Azusa, Baldwin Park, Bradburry, Duarte, Irwindale, Monrovia, Sierra Madre and Temple City.
Troop 185 has a robust program with a very wide variety of activities available to the Scouts. The troop has a camp out every few months of the year. One month the troop may be rock climbing and rappelling; another month they may be backpacking; on other camp outs the focus may be on basic Scout skills such as first aid, knot tying, cooking, or fire building. Frequently our program also includes, at some point in the year, activities focused on shooting sports, wilderness survival, and leadership development. The activities on the schedule each year depend on what the boys decide to include in their program.

Fundamental to the structure of the program is the concept that the troop is boy-led. This does not mean that the boys are in charge and whatever happens just happens. Rather, consistent with the original intent of Baden Powell, the founder of the worldwide Scouting movement, it means that the boys lead the troop under the direction of an adult leader. When the first Scout units were established, Baden Powell observed: “We then made the discovery that boys, when trusted and relied on, were just as capable and reliable as men.” At Troop 185, we fully endorse the boy-led concept and are committed to supporting the boy leadership so that they may be successful and effective in their efforts.